AGHAKHANI TO DEBUT WITH VSR AT MONZA 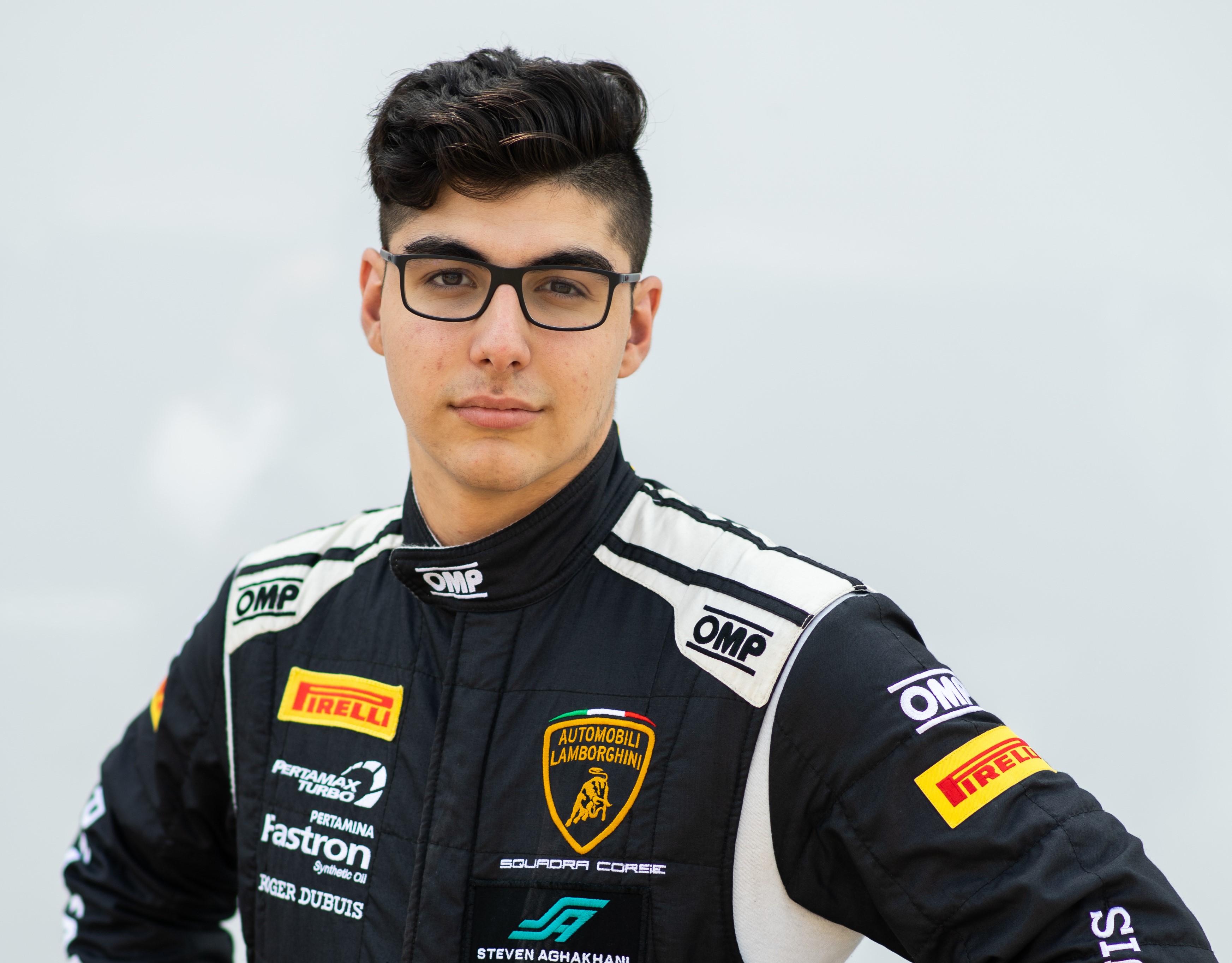 American teenager Steven Aghakhani will join VSR this season for selected events in the Italian GT Championship, complimenting his previously confirmed programme in the States. Aghakhani, who will celebrate his seventeenth birthday a month before the opening round of the Sprint Championship at Monza, will drive a VSR prepared Lamborghini Huracan Super Trofeo Evo in the GT Cup class.

Despite his age Aghakhani has already shown a good turn of speed. The California resident missed two races of last season’s opener due to his age but was still able to finish second in the Am class of
the American Lamborghini Super Trofeo Championship with a one-point deficit and went on to win the world championship race at Jerez, Spain. VSR competed in the GT Cup class of the Italian GT Championship in 2016 and 2017, winning the class both times.

Sospiri: We had the pleasure of doing some testing with Steven at the end of last year and my team was very impressed by his composure and dedication despite his young age. These races will provide the perfect opportunity for Steven to learn the Italian circuits and get some useful mileage under his belt and I look forward to him being competitive from the outset.

Aghakhani: I am very excited and honoured to be driving with VSR for selected races in the Italian GT Championship. Racing in Europe has always been a dream and I am very excited to be experiencing it with VSR. I’m looking forward to representing my sponsors SADA, MLS, Aghakhani & Luk LLP and Shegerian & Associates internationally. We are going to bring our best game yet going into these races and I’m very excited to see how we compete with the other teams and drivers.