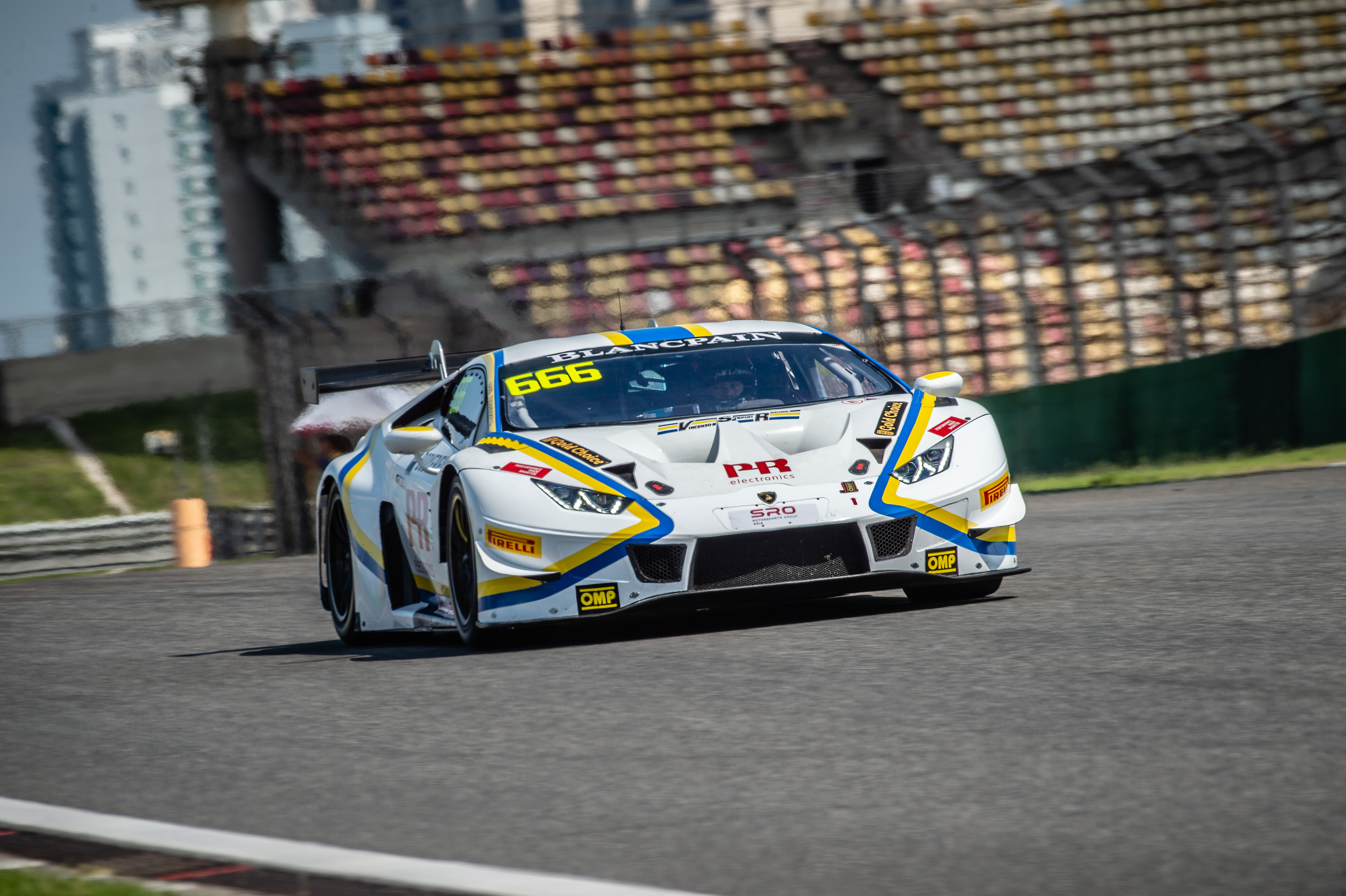 A hard-fought Pro-Am podium and fourth place finish overall in the last race of the Championship consolidated third in class for Alex Au and Frederik Schandorff.

The finale of the 2019 Blancpain GT World Challenge Asia took place this weekend at the Shanghai International Circuit in China. Going into the weekend VSR drivers Alex Au and Frederik Schandorff were tied for second place in Pro-Am with Imperatori, the trio standing thirty-three points behind Championship leader Inthraphuvasak. The grid, swelled by local entries, totalled twenty-nine and there were eleven cars battling for Pro-Am honours. After two practice sessions qualifying took place on Friday and it was Au at the wheel of the VSR Lamborghini Huracan for Q1. He qualified on row five for the first race, second fastest in Pro-Am.

After making a good start Au was squeezed out as the field streamed through corner nine for the first time, falling back to thirteenth overall, fifth in class. The Safety Car was bought out immediately for Nagai who had ended his race in the wall and the track didn’t go green again until lap four. Au recuperated two places when Bo and Chia were given drive-through penalties for jumping the start but then he tangled with Tjiptobiantoro’s Ferrari and lost eight seconds as well as a place to Nelson. The pit window opened on lap eleven and Au’s eleventh place, fourth in Pro-Am, was maintained by Schandorff when he took over the car. Initially fast the Lamborghini began to struggle and as the race wore on Schandorff was defenceless as the quicker cars behind caught and passed him. He took the flag seventh in Pro-Am meaning the final race of the season would be a battle to defend third place in the Championship from Ibrahim after Imperatori’s class win allowed him to move into a comfortable second place.

Schandorff qualified the car for race two and showed great speed throughout the session to take a front row start for the last race of the Championship. He held second at the start and running just behind leader Van der Drift began pulling out a healthy gap to the gaggle of Mercedes and Porsches in his mirrors. On lap three a two-lap safety car for a GT4 Mercedes stuck in the gravel decimated their lead as the field closed up once more. At the restart Van der Drift was able to inch away again while Schandorff came under pressure from Picariello, Van Gisbergen and Imperatori. The four ran nose to tail until just before the pit window closed when all but Van Gisbergen dived into pit-lane for the obligatory stop. Au took over the VSR Lamborghini and exited the pits into the middle of a fierce battle with Lee, Inthraphuvasak and Li. On lap nineteen Inthraphuvasak snuck past but a lap later Au took the place back, taking advantage of Bo working through the Am drivers on his way to the front. A convincing pass on Li pushed Au up to third overall and just ahead of him was Lee, leading the Pro-Am class. With Inthraphuvasak just behind him the dicing trio were rarely covered by more than a second and on lap twenty-four Au seemed to have got the better of Lee, putting his Lamborghini alongside the Mercedes as they entered the pit straight and crossing the finish line ahead. Lee than turned into the Lamborghini as they flew along the straight and in the resulting melee Inthraphuvasak found a way past Au. Two laps later the chequered flag fell with Au fourth overall and third in Pro-Am. The eighth podium finish of the season for Au and Schandorff allowed them to consolidate third in the Pro-Am Championship.